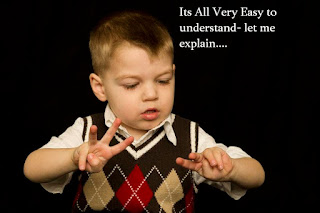 Shall I study Openings or Tactics?   What about Endgames and Annotated Grandmaster games…

Ah Such frequent questions on places like chess.com.  Indeed the post reveal a nearly insatiable thirst for insights, into improving ratings, study programs, chess openings, along with sprinkles of generic “what is the best chess book for a college student” (like being a college student has anything to do with it.

I communed with the spirit of capablanca*… read each and every word of the Kmoch’s venerable book “pawn power”**, and consulted my favorite eight ball*** 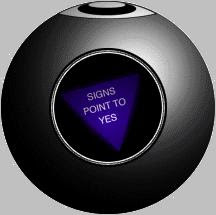 Ok SO is that a great insightful blog post?  Well “the signs point to Yes”.

The Problem with these questions (and many more) is that they are Simply Unanswerable.   And really, truly, we need to get over asking Unanswerable questions.
Instead the cure for all these broad whim questions is to…

TRY OUR BEST
… EVALUATE RESULTS
….. IF it AIN’T WORKING – change it, or try something new.

And that goes for ANY BOOK, ANY OPENING, ANY STUDY PROGRAM,  and many MANY VAGUE, BROAD, CONTROVERSIAL QUESTIONS asked on the Internet

Ohh and by the way  HAVE PATIENCE and PERSISTANCE-  THEY BOTH GO A LOOONG WAY IN CHESS.

Can you really be a strong chess player without both- I know Probably unknowable-  BUT…. “the signs point to YES”.

* by the way, I didn’t do any of these things, but If I had- do you really think I would obsess about these kinds of open ended vague questions. NO way!  I would want to Improve my game- Espacially if Capablanca was willing to give me good tips from beyond the grave….
Posted by Unknown at 7:38 AM No comments:

An experiment with Chess.com Groups...


A new experience and an Experiment.  As long time readers now I have always been a wordy kind of guy.  I like sharing what I am doing and reading what others have been doing.  I also like the idea of doing THAT, preferably, with friends.   This is In the description of a good chess club – and I’m sure that if I could get to a OTB chess club, regularly  I’d enjoy playing and chatting with people.  Especially if I could find likeminded people that like to talk about what they are studying…

But I’m strictly digital- and limited to just certain times (late pm) when I have time.   so this is the reason, why I felt that the group “Socrates unlimited” might be an opportunity for me.  The founder, a guy called ‘quantum butterfly’  was an engaging kind of guy that set up a club and stressed engaging activities.  I joined determine to make this an experiment- could I engage the group and pick up instructive experiences- or would it be more of a distraction, or would it utterly fail with little content?

So I Began to participate (after a minor delay with a work trip)- and impressed with the content and sharing within the club. 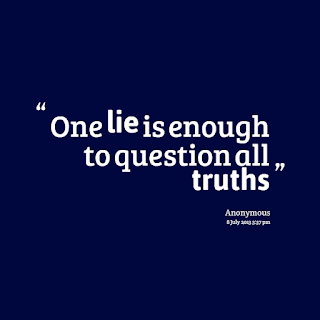 And really I just began to truly appreciate it when there was shocking news…
“Quantum Butterfly” was Banned!  Of course this was hard.  He was the founder, his content disappeared and I wondered if without him, anyone could /would take up the role and continue the group.  The most active guy in the group, Alvin, did in fact step up. He took charge and Created lots of content.  He picked me, and another younger member- simply_simon, as admin.  Assistants to watch over group activities and look for new members.   Again we were doing relatively well and were going over positions, playing matches- had started a group game against a chess computer and a vote game against another group.

When , shockingly, simply_simon was banned!  This was 2 days ago.

Let me say that I think all experienced all the stages of Grief that day and felt shocked, surprised and that I couldn’t believe it.  simply_simon was a talkative yet low rated player, really just a beginner by his tentative online rating.  I went looking for answers and found someone that was in the know, and gave me access to some of his games…

So What does a Perfect game look like when you play a low rated guy?  Not particularly mind-boogling, and I say this because simon’s match game was a perfect match to a strong chess computers #1 move.   If you playing a 1300- and you have a 3000 rated engine behind you…. The strong moves don’t have to be too startling.  Some development and a PC’s inhuman ability to foresee every possible consequence.

I next learned that Simply_simon wasn’t who he seemed.  He was in fact the groups founder; QB. Chess.com had overwhelming proof of this- as simply_simon was created the very day after QB was banned.

Some thoughts on this Experience…

A)  Engine Cheating is NOT a victimless offense.   To those that see chess as a mere game or as an odd way to trashtalk to a total stranger,  But those that Love the Game take their Result seriously.   They put heart and the head in the game as it sits in the board; and take responsibility for their blunders and errors.  If they start disastrously losing to an equally rated player, they feel that they are fairly beaten by a chess player of similar skills.  It is a grave insult to play against another claming a reasonable rating – and then go deceitfully giving out moves that  much stronger and also Not yours.  You have lied, and deeply mocked your opponent.  .  He now has no fair fight against you.  Would it be fair for a boxer to grab a brick and get a clean, easy knockout.?  You have called you opponent Dumb- and are claiming that his errors are easy to Defeat- when it is really You that have had the failure of intelligence.
When you are part of a TEAM and are striving support them in a challenge against other groups- you embrace another kind of experience.  If we are on the same team, your win in mine- we celebrate! If there is loses and rough games.  The team gets together, and works to boost morale and offer to help each other.   Any serious chessplayer understands the sting of defeat- and understands that one cannot always win.   But by cheating- you have given us a very different defeat.  If you can’t lose when you use a 3000 rated PC for help- you can’t win either.  It becomes a black mark against the group!.  In short, you have betrayed the trust of the whole group.

B) Don’t be naive, and don’t be reluctant to step up.  I think coming into the group, I very much wanted to participate- but I wanted no part of administration.   The point of this experiment I thought was that as a mere member, I could interact with all the other, without necessarily taking charge of anything.  Once QB left, the group floundered and my thought was that there was another who could take charge- again why get involved?
I was naïve to think the QB wouldn’t try to get back with his old group. I realize Now that it wasn’t a matter of Ego.  The group needed Help!
It needed defended and it needs more people that want to talk and intereact.  Yes I could do some (most?) of this on the outside.   But as a member of administration- I have the ability to work with the my co-leader to deal with problems.   Fixing problems is a fine price to pay for good analysis, friendly assistance, and thoughtful feedback.

C) I greatly appreciate the other very vocal and active member of our group; Alvin.  His energy and level of commitment is very inspiring to me.  I lack consistency and struggle to do chess activities.   As a study partner he is a great help.  And other people have become more involved as well.  Perhaps, losing one of our most active members (Twice), will encourage those that haven’t committed to be active.  Equally true it has spurred Alvin and I to be much more aware of Cheating, and need to engage and find people that have genuine wish to improve in chess.
Posted by Unknown at 10:02 AM 3 comments: