I Am NOT Quitting chess! 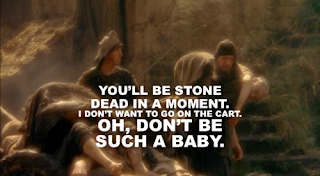 Ok this might seem bizarre to some of you.  Nearly always lurking on chess.com, playing 16 correspondance games and part of two small but active chess.com groups… and Yet a poorly worded email and the lack recently of Live chess.com- had my coach quite concerned.  It ‘sounded’ (from the email) that I didn’t intend to play chess – against people again – possibly for good!

I quickly assured him that this was wrong, very wrong.   I’m not necessarily having great success right now in my chess training program.  But I’m still feeling strong and active;  working through puzzles, (trying to) meticulously working through my 16 games, and recently more than anything.  Reviewing Old Games!  I’ve got to try to quit making similar mistakes—and If I must keep on making the same weary game losing mistakes—I can at least be aware what I struggle with most.

Nevertheless.. there really has been a lack of games recently.  This wasn’t intentional.  But a number of times in the last few months have I had nagging doubts that I should be playing live (am I thinking well enough?  Will I blunder a lot??)- and yes, I’ve lost rating.

Perhaps this Rating Game is getting to even me!   You see its actually a great secret that many chess players don’t seem to realize…

Improving in this game doesn’t Always or Consistently lead to Rating gains.

Rating even when you are playing constantly ; comes at its own time and place.  Rating gain as well, is an indication that you have worked out a limited habit; whether that is playing too blindly to tactics- or too unaware of a positional problem.   But the point is that THEY are many chess topics to learn;  and many are not as critical to your chess results.

BUT I DON’T WANT TO GO OVER THE ‘RATING GAME’ in this blog.   Most of those that are most caught up with rating; don’t read my blog and wouldn’t/couldn’t be persuaded to change there mind anyway.   ISN’T A sky High Rating Proof that you are talented and smart at chess?! (ahem-no!)

INSTEAD.  I wanted to reiterate the need for LIVE games-   WHY CAN’T WE JUST ‘STUDY’ CHESS?

I WANT to end with this thought.  In the end, as much as I would like to achieve a given rating (actually 2000 if you wanted to know).  Its not important to me.   I need to take joy in what I’m doing- building skills and understanding more chess day by day.   I have no idea what ultimate rating ‘ceiling’ I have…. But I know I have one!  EVERYBODY does.

I wrote back to my Coach that I am strong player; and I know I am.

Above all else “I’m not dead yet”.  And I think until I am, there is always the chance that I gain continue to grow as a chess player
Posted by Unknown at 5:17 AM 4 comments: