MY SYSTEM of Chess improvement 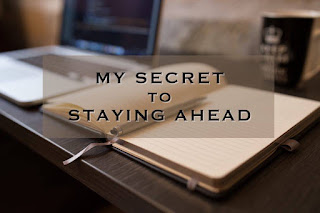 My blog has been pretty quiet!  Apologies (sort of)  truth is… its not so easy to keep up at the blog- and some winter illness has made my prioritize my efforts.

I was reading among the ‘Advertising’ of GM Smirnov… While his self- promotion (and High prices!) is kind of a turn off… he published an very interesting interview with a student.  One of the things the student said, I think rings Very True, about Chess improvement. And is worth Emphasizing (and reiterating)…

ANY CHESS IMPROVEMENT PLAN THAT WORKS NEEDS TO BE PERSONAL, It needs to be a Sincere adoption of what the Chess Student really believes Works..  because More than anything Chess Improvement is a matter of a REVOLUTIONARY CHANGE of our thought patterns.   If we are to shore up weaknesses- we must start seeing that 2+2=4.   BASICALLY WE’VE SPENT ALL OUR DAYS, SEEING IT AS 5.

…. There’s Irony in GM Smirnov- man who HAS the SYSTEM (“YOURS FOR $99.99!”)- Iterating the truth of the importance of a personal approach to chess improvement.

In Short, you can buy What you want to buy; but it doesn’t do any good to Passively Browse the Material.   IF YOU GOING TO LEARN IT, YOU MUST BECOME THE BIGGEST PROPONENT OF YOUR APPROACH TO CHESS IMPROVEMENT.  So what’s My Angle?   What my Current and Personal approach and how to further Evolve in this game?....

….. “IF YOU GET AN ADVANTAGE HOLD IT!”….   So you Might ask (and Should really)- What is Your approach to Chess Improvement?  What is the Current Situation.   Realizing that the core of a Good Program is optimism and Determination-   My deal is that its important to understand whats Going well, and Build from that.

And what recent games Have REALLY emphasized is the Importance of Holding ON to a AN ADVANTAGE.  Theoretically, Advantages come from bad moves from the Opponent- but practically- One has to Find it, play it! and HOLD IT!!

It’s the holding on- that difficult!  The Equilibrium of a position is that often in seizing an advantage (and by that I often meaning gaining material)- things get out of place, less active and the opponent can gains some chances.
Even In  Good moments less than forced check mate, allow the opponent the opportunity to try to throw chaos and problems in your plans.
SO you Must Work hard to make sure You’re snuffing out the Opponents chances. This involves

The ‘Magic Rule” IMHO, then is the PRIME REASON why Holding the advantage is so Instructive.

IF your HAVE an advantage; you Have the time and ability to deeply assess your Opponents play.   as Important as it is To find your own 2+2=4.  Chess is a Battle of Minds!  You have to Learn to “set up” your opponent to fail.

EVOLUTION AS A CHESS PLAYER

One Last Point about this!  Its not Clear to the beginner that one player Can (and should!) Set up his Opponent to Fail!  (Instead it is usually thought of as a race between both sides to the winning blow).   This INABILITY OF A WEAKER CHESS PLAYER TO PREVENT THE OPPONENT FROM SUCCEEDING IS A MARK OF A PATZER.  (one of the reason why strong players get so little out a chess game from the beginner as well….)

By Working on understanding how to ruin the opponent’s game under the Best of Conditions (when your ahead)—  Your Working on how to understand HOW To do that – All the Time- and how to go Head to Head against a strong player.